Evidence Christianity Sweeping The Globe ~ New Christian Every 25 Minutes On The Planet POSTED BY VOLUBRJOTR ⋅ JUNE 6, 2011 ⋅ LEAVE A COMMENT

What is the fastest-growing religion on Earth?

Many NWO Media Outlets news reports suggest it is Islam.
But the true evidence clearly shows Christianity is sweeping through places like China, Africa, India and Southeast Asia – making it, by far, the fastest growing faith on the planet. In fact Islam is rapidly declining in Africa.
In “Megashift,” author Jim Rutz coins a new phrase to define this fast-growing segment of the population. He calls them “core apostolics” – or “the new saints who are at the heart of the mushrooming kingdom of God.”
Rutz makes the point that Christianity is the fastest-growing faith in the world because most surveys look at the traditional Protestant denominations and the Roman Catholic Church while ignoring Christian believers who have no part of either.
He says there are 707 million “switched-on disciples” who fit into this new category and that this “church” is exploding in growth.
“The growing core of Christianity crosses theological lines and includes 707 million born-again people who are increasing by 8 percent a year,” he says.
Operation Blue Beam: Rothschild Aerial Hallucinogenics Aimed At Russia ~ A New York Fly By!
So fast is this group growing that, under current trends, according to Rutz, the entire world will be composed of such believers by the year 2032.
“There will be pockets of resistance and unforeseen breakthroughs,” writes Rutz. “Still, at the rate we’re growing now, to be comically precise, there would be more Christians than people by the autumn of 2032, about 8.2 billion.”
According to the author, until 1960, Western evangelicals outnumbered non-Western evangelicals – mostly Latinos, blacks and Asians – by two to one. As of 2000, non-Western evangelicals outnumbered Westerners by four to one. That moved to seven to one this year.
This trend, says Rutz, has been missed by Westerners because the explosive growth is elsewhere.”There are now more missionaries sent from non-Western nations than Western nations,” he writes.
Hundreds of millions of these Christians are simply not associated with the institutional churches at all. They meet in homes. They meet underground. They meet in caves. They meet, he says, in secret.
And what is driving this movement?
Miracles, he says.
“Megashift” attempts to document myriad healings and other powerful answers to the sincere prayers of this new category of believer, including, believe it or not, hundreds of dramatic cases of resurrections – not near-death experiences, but real resurrections of actual corpses.
“When I was a kid in Sunday school, I was really impressed that 3,000 people were saved on the Day of Pentecost,” he writes. “I thought, ‘Wow, that’ll never happen again!’”
Rutz says, it now happens around the globe every 25 minutes.
“By tomorrow, there will be 175,000 more Christians than there are today,” he writes.
The essence of Rutz’s book is about how Western Christians can tap into what he sees as a mighty work of God onEarth.
“Very few people realize the nature of life onEarthis going through a major change,” he writes. “We are seeing a megashift in the basic direction of human history. Until our time, the ancient war between good and evil was hardly better than a stalemate. Now all has changed. The Creator whose epic story flows through the pages of Scripture has begun to dissolve the strongholds of evil. This new drama is being played out every hour around the globe, accompanied sometimes by mind-bending miracles.”
“Megashift” online,
Vision To America

Christianity in China is booming. With +130 to +180 million Christianity, far more than the 74 million-member communist party, Jesus is a force to be reckoned with in the People’s Republic. We talk to the new faithful who love China – but love God more

Jane Macartney
A murmur of “Amen” echoes softly down a corridor in a luxury Beijing hotel. Dozens of young Chinese are gathered in a beige-carpeted conference room to listen to the word of God. After helping themselves to hot water or tea at the back of the room, they find a seat and chatter with friends. They tuck Louis Vuitton and Prada handbags under their seats, switch their mobile phones to silent and turn to listen to a young woman who takes the microphone to ask for silence and recite a prayer.
A casually dressed, grey-haired Chinese man takes to the podium. “Let us begin with a look at the Gospel of Saint John.” There is a rustling of pages as converts and curious open their Bibles. Almost everyone in the room is scarcely a day over 30. Most look as if they are in their early twenties. They are fashionably dressed – girls with high-heeled boots, men sporting trendy knitted hats. This is Friday night Bible class in Beijing. And it is a weekend venue of choice for growing numbers of well-off middle-class city sophisticates.
The fact that this class is technically illegal, run by pastors lacking approval from the state-sanctioned Protestant church, is not the attraction. These are not young people seeking a frisson of excitement from some underground activity. They are at the forefront of a movement sweeping China – the search for spiritual satisfaction now that Marx is démodé.
Saint Francis San Damiano Sung By Donavon
San Damiano is where Pietro di Bernardone, met with Jesus in the miraculous. Jesus told Pietro to build up His Church, Pietro believed it to be the run down Church of San Damiano, but The Christ meant The Bride Of Christ, The Catholic Church. The Holy Father also had a dream contemporaneously with Pietro’s voice from the San Damiano Cross. His dream was that a man would come to lift up the Church. These two met in Rome and The Holy Father Blessed Pietro and ordained his flock. Saint Francis and Saint Clare were both from Assisi, Italy and also very close friends. Watch the movie Brother Sun Sister Moon all about the Saint of the environment and Sister Clare.

Another time was when Francis challenged the Muslim scholars to a test of true religion by fire; but they retreated.When Francis proposed to enter the fire first, under the condition that if he left the fire unharmed, the sultan would have to recognize Christ as the true God, the sultan (Malik al-Kamil) was so impressed that he allowed Francis to preach to his subjects. Though Francis did not succeed in converting the sultan at that time, the last words of the sultan to Francis of Assisi were, according to Jacques De Vitre, Bishop Of Acre, in his book “Historia occidentalis, De Ordine et praedicatione Fratrum Minorum (1221)” : “Pray for me that God may deign to reveal to me that law and faith which is most pleasing to him.”.
Malik al-Kamil a Muslim General and in the year of Our Lord 1238 Died A Christian due to Saint Francis. Malik al-Kamil at the time was a very powerful adversary and also because of Saint Francis he allowed 12,000 Christian soldiers to live.
Posted by Lets build a Republic at 8:44 PM

Listen to internet radio with FreedomizerRadio on Blog Talk Radio

In accordance with Title 17 U.S.C. Section 107, the material on this site is distributed without profit to those who have expressed a prior interest in receiving the included information for research and educational purposes. For more information go to: http://www.law.cornell.edu/uscode/17/107.shtml

For more info on the Vandalia Solution please email me hutzlernson@pennswoods.net

Welcome to THE REPUBLIC STUDY GUIDE

The armor of GOD

BIX WEIR: AFTER THE CRASH

BIX WEIR: AFTER THE CRASH
http://www.roadtoroota.com/public/527.cfm

Silver to become a rare earth metal , it is Extremely undervalued. Silver to become extinct by year 2020 according to geologists only 300 millions ounces left! Silver is consumable industry metal it is used up : 95% gold ever found is still around 75% of silver is a by-product of mining other metal only 25% is primary product of mining, in 1480 the price of one ounce of Silver was equal to that of Gold, Low supply, high demand Price to skyrocket get your silver and stay long! 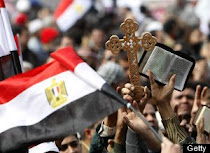 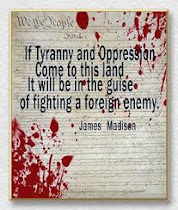